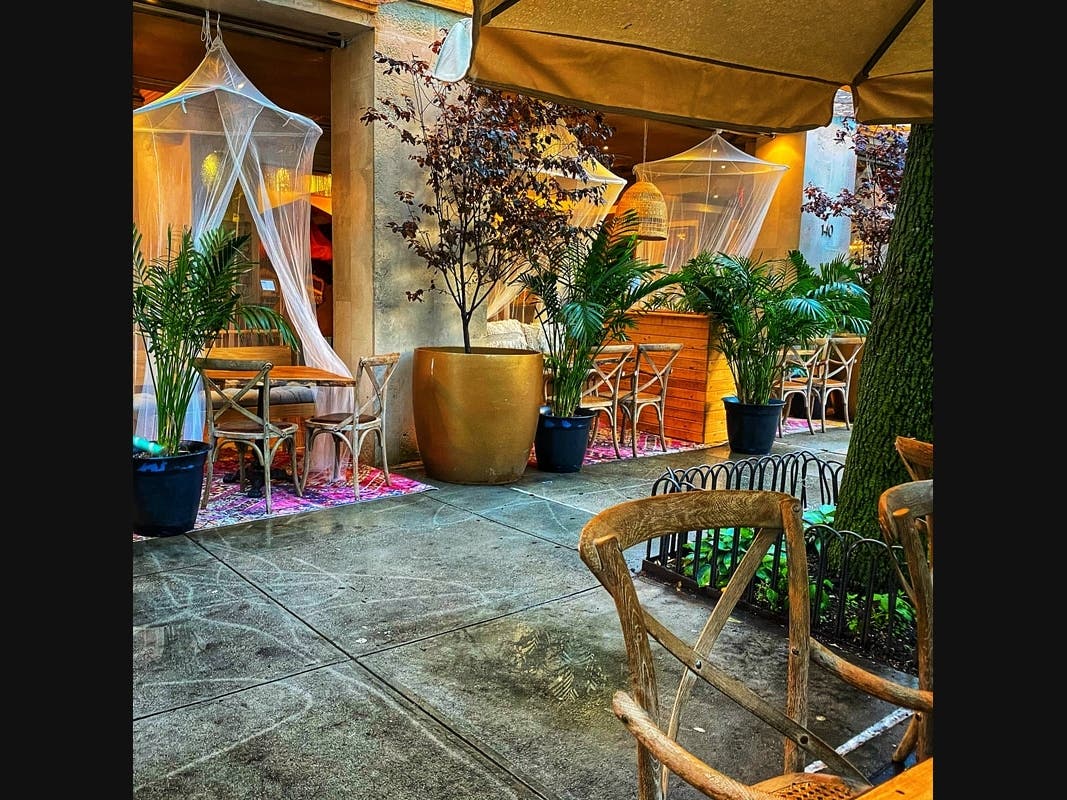 WEST VILLAGE, NY — A West Village eatery just got named as one of the winners of the inaugural Alfresco Awards, which among other categories, celebrates the best New York City outdoor dining structures erected during the coronavirus pandemic.

The Egyptian restaurant, Casa La Femme at 140 Charles Street, was among seven restaurants given the distinction.

Here’s what the judges had to say about it:

“Distinguished by its maximalist design and decoration, the Egyptian cuisine eatery uses real plants and elements of its indoor dining style to create a relaxing and luxurious outdoor dining experience.”

The inaugural Alfresco award winners, selected by a jury of journalists, restaurant and economic development professionals and mobility advocates, will receive $500 to acknowledge their exceptional design efforts during a trying time for the industry.

The other restaurants honored for their outdoor dining were Boogie Down Grind in the Bronx, Blend Astoria in Queens, Peaches Kitchen and Bar in Brooklyn, Kokomo in Brooklyn, Vinum in Staten Island, and Empire Diner in Manhattan.

Casa La Femme first opened in 2008 and specializes in cuisine from the northern region of Egypt and Alexandria. In 2015 Zagat named it “one of the best places to impress” and the restaurant routinely has a history of celebrities dining in for meals.

You can find out more about Casa La Femme on its website.

5 Best Things To Try To Decorate Your Wall

35 locker decorations to shop for teens at Target, Amazon and PBTeen