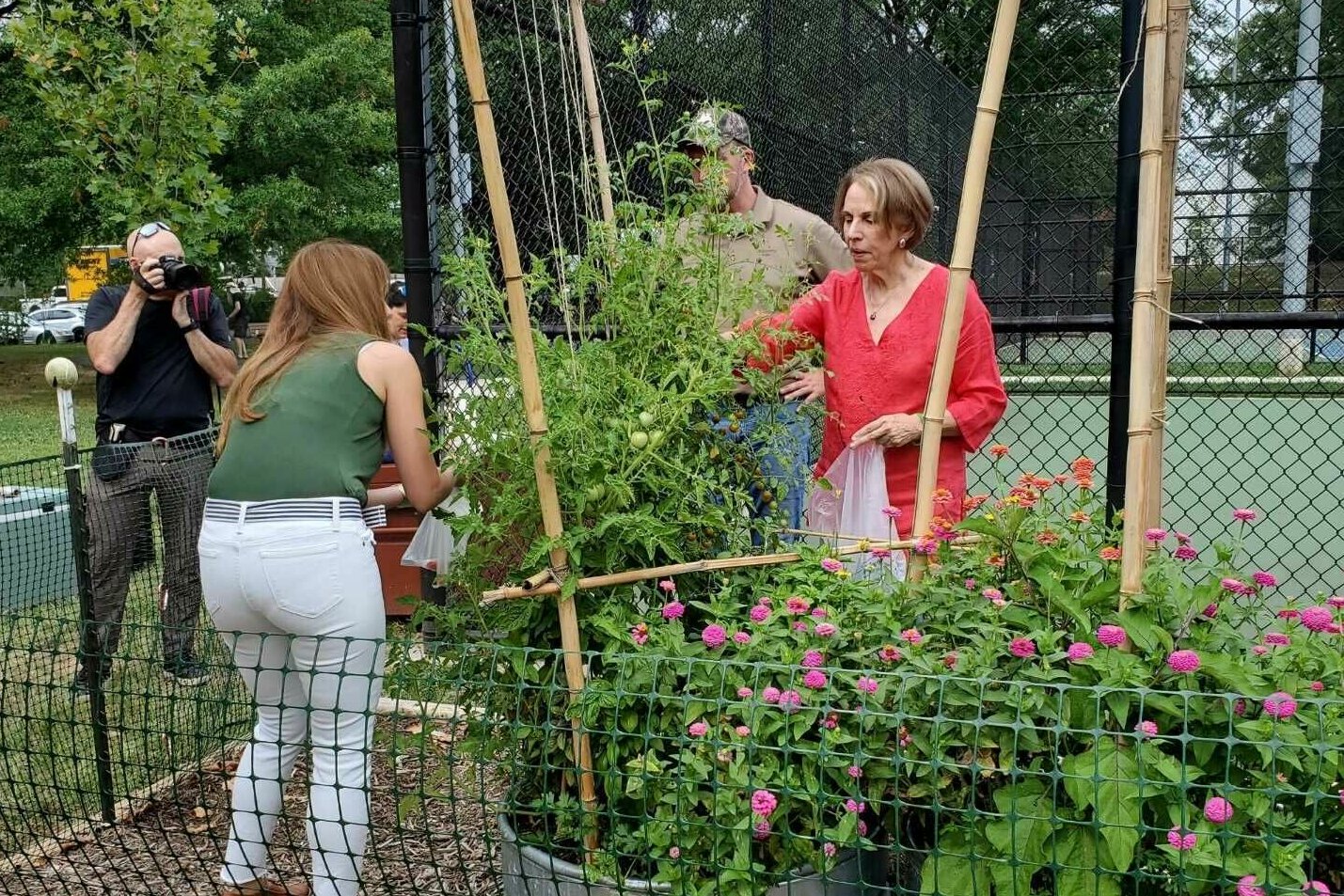 “It’s a demonstration garden to show what you can actually do, even if you are in the middle of an urban-like situation,” said Carol Fuller with Livability22202, one of the organizations that helped bring the project to life.

Highlands Urban Garden, or HUG for short, isn’t your typical garden though, with its temporary construction and large water jugs — this is an example of an urban garden, meant to show how produce can grow mere steps away from a concrete jungle.

“It’s a demonstration garden to show what you can actually do, even if you are in the middle of an urban-like situation,” said Carol Fuller with Livability 22202, one of the organizations that helped bring the project to life.

The project, which began last September, hopes to show that more can be done with even the smallest piece of unused space.

“To transform these sorts of spaces into vibrant, healthy, food producing ecosystems,” said David Sachs with Arlington Friends of Urban Agriculture, another group that helped create the garden.

The garden is maintained by volunteers, and the food it produces heads straight to area food pantries.

Fuller said that since its inception, it has produced 150 pounds of fruits and vegetables for several organizations fighting hunger.

The garden showcases many elements that allow for lower maintenance and more efficient use of small spaces. One common struggle with creating urban gardens, according to Sachs, is access to water for irrigation.

The Highlands Urban Garden has several large water tanks that have pipes running from them. Those pipes are controlled by a timer that automatically waters the garden, so volunteers don’t need to do that each day.

The garden is maintained by 45 volunteers who live in the community, and so far, they have spent more than 400 hours caring for the plants. Crops from the garden include mixed lettuces, chard, kale, herbs, bok choy, beans, cucumbers, peppers, tomatoes and cut flowers.

The National Landing Business Improvement District and the Arlington County Department of Parks and Recreation are among the organizations sponsoring the project.

The goal is eventually to train others, including students, on what it takes to start an urban garden. That in turn, Fuller and Sachs hope, will lead to similar gardens throughout the region.

“It will inspire people to know that these sorts of projects can be reproduced,” Sachs said.