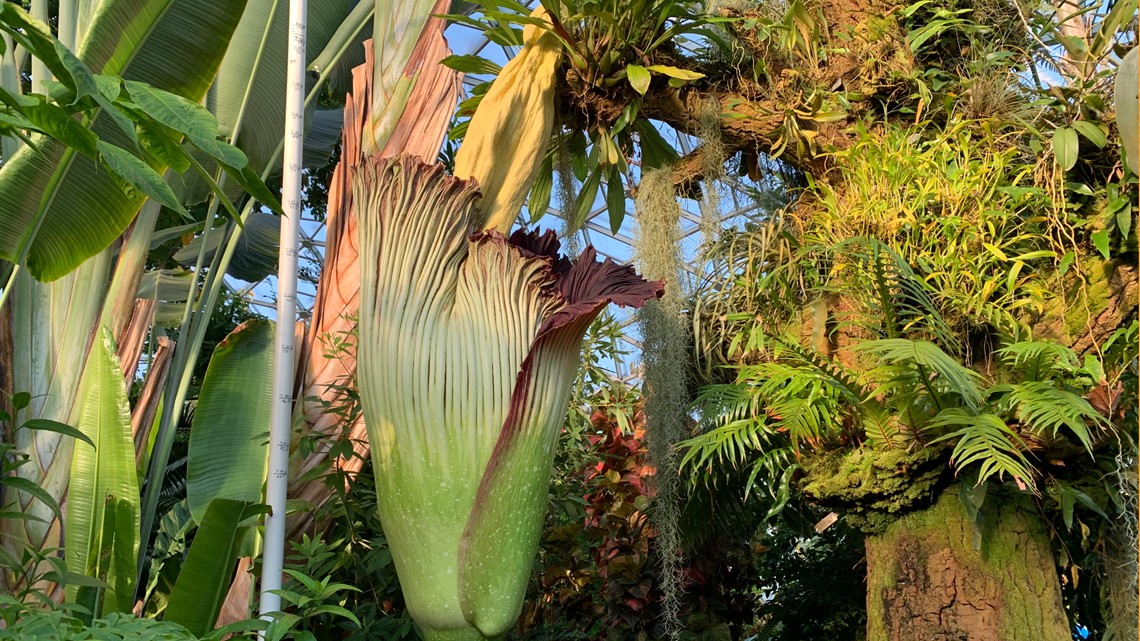 ST. LOUIS — Visitors at the Missouri Botanical Garden can see an extraordinary site — and smell.

A rare plant named Octavia, has started to bloom. The Amorphophallus titanum flower, better known as the “corpse flower,” is a large, fast-blooming flower and part of the Aroid family. The Indonesian plant is under the red list among the endangered species list.

The species got its nickname because of an unpleasant smell that comes from flower spikes during bloom. The color and odor imitate that of a rotting corpse to attract pollinators.

Visitors eager to see and smell the unique flower can visit the Missouri Botanical Garden’s Climatron during regular business hours of 9 a.m.-5 p.m. and during the evening event “Origami After Hours” from 6-9 p.m.

The garden also has a livestream so anyone can watch Octavia bloom, even if it’s after closing time. You can view the livestream on the Missouri Botanical Garden’s YouTube channel.

Plants like Octavia can take five to 10 years to grow until it is ready for its first bloom. Corpse flowers bloom every one to two years after the first bloom. Since 2012, the garden has hosted at least 11 blooms.

Octavia first bloomed in July 2017 and attempted again in July 2019, when it grew to a record 93 inches, but failed to bloom. This July the corpse flower measured at 87 inches.