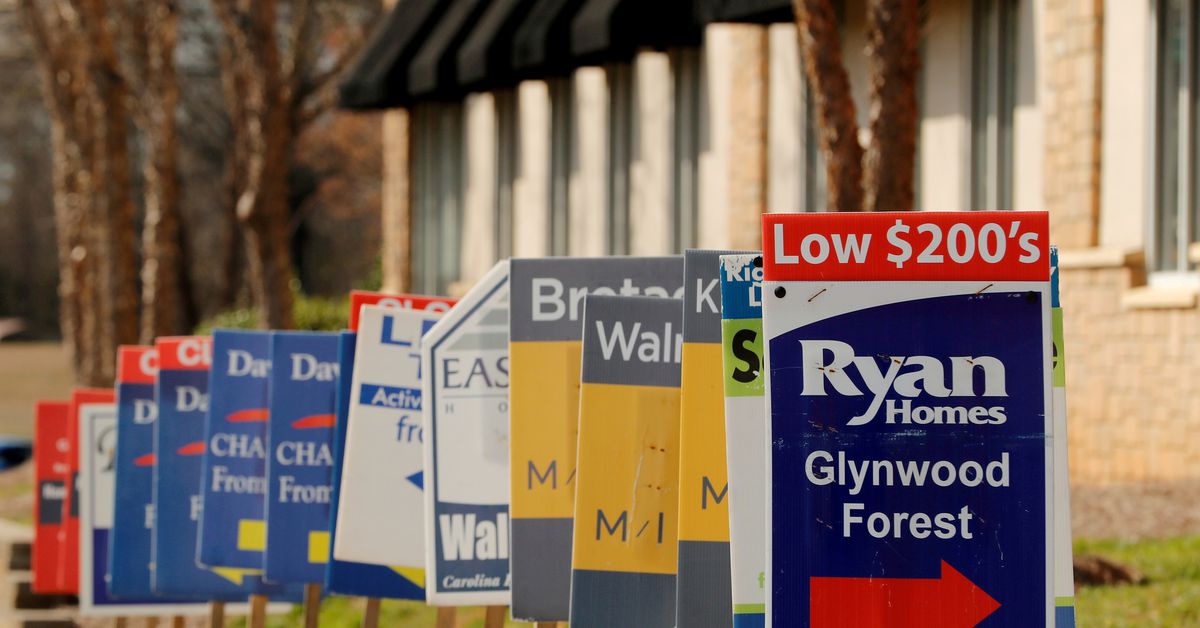 NEW YORK, July 22 (Reuters) – The U.S. housing market appears to be straining under the weight of its own pandemic-driven success. Recent data shows the sector is returning from the stratosphere and coming back to pre-COVID levels, as evidenced by a slew of data released this week.

While for much of the pandemic a rush to suburbia made the home and real estate stars of the recovery, the resulting plunge in inventory and dearth of building supplies have launched home prices beyond the grasp of many potential buyers, particularly at the lower end of the market.

“The housing market isn’t caving just yet,” said Peter Cardillo, chief market economist at Spartan Capital Securities in New York. “Have we reached a peak? That’s a possibility, but worst case scenario, I see a leveling off.”

The best news of the week for investors was delivered on Thursday by the National Association of Realtors (NAR), which reported that sales of previously owned homes (USEHS=ECI) rose 1.4% to 5.86 million units in June at a seasonally adjusted annualized rate, although the rebound was weaker than expected.

The inventory drought has provided sturdy support for homebuilding, but that support appears to be on the wane.

While groundbreaking on new residential homes (USHST=ECI) increased by 6.3% in June, building permits (USBPE=ECI), a more forward-looking indicator, dropped 5.1% to an eight-month low.

With these moves, starts and permits returned to pre-pandemic levels.

On Monday, the National Association of Homebuilders reported builder sentiment (USNAHB=ECI) softening, as higher input costs and rising home prices appear to be denting the traffic of potential homebuyers.

The most recent data shows an annual increase of 14.9% in the Case-Shiller’s 20-city composite home price index, and NAHB’s traffic of potential buyers – while still well above pre-pandemic levels – off 15.6% from November’s apex.

Indeed, mortgage demand dropped by 4% last week, according to the Mortgage Bankers Association (MBA). Applications for loans to purchase homes (USMGPI=ECI) are down 18% from the same week last year.

The equities market, the most forward-looking indicator of them all, also reflects a bit of fading luster for housing stocks.

Through much of the pandemic the group outperformed the broader market, even as much of the economy struggled with the effects of social distancing mandates that spawned an exodus from the cites to more spacious properties in the suburbs and beyond.