Tom Cruise Lands by Helicopter in Couple’s Garden, Invites Them on a Ride 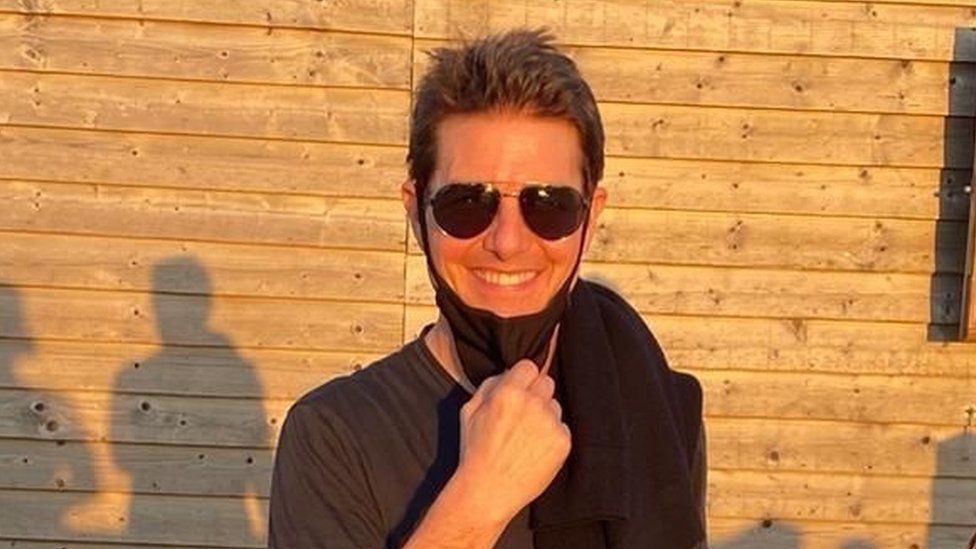 Imagine the moment when you’re asked for permission for some VIP to land in your back garden and that VIP turns out to be Tom Cruise. Imagine that, once landed, Cruise asks you to go for a ride in his chopper while he goes about his business.

That would be the day for many Tom Cruise fans, and it turned out to be reality for a couple living in Baginton, Warwickshire, in England. Alison Webb tells the BBC that she and the fam were contacted for permission to land a helicopter on their property. The bird was flying an unnamed VIP and they couldn’t land at Coventry airport because it was shut down. The VIP was running late, Webb was told.

She thought it would be nice for her two kids to see a helicopter up close – and in their backyard, no less – so she said yes. Little did she imagine Tom Cruise would come walking out of the bird once it touched down.

“He went straight over to the children for a chat, then came over and elbow bumped us and said thank you very much,” Webb says. “Then he said if the kids would like they could go up in the helicopter.”

She and the husband agreed, and the kids got to go for a helicopter ride with a pilot, while the actor attended the meeting he was running late for. Cruise also posed for pictures with the couple, which are available at the BBC link above.

Tom Cruise has been shooting for the upcoming Mission: Impossible installment for what feels like forever, with production halted numerous times due to the ongoing health crisis.

Since production has been in the UK, such sightings have become common. Cruise is moving around between sets in his personal helicopter, which he sometimes pilots himself. He’s also been taking photos and speaking to fans whenever he’s approached but admittedly, this is the first time he pulled a real-life Ethan Hunt stunt and landed in someone’s backyard.