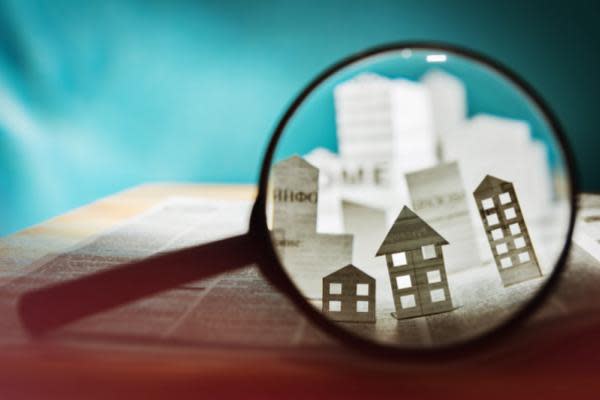 The only bad thing about the best parties is that no matter how good they were, the good times can’t go on forever.

Investing is always cyclical and even investments like real estate which have performed over time will have bad cycles. It certainly appears as if the Federal Reserve’s decision to raise interest rates has ended the boom period of strong profits that investors enjoyed after the 2008 crash.

It’s impossible to avoid the truth that many real estate markets that were scalding hot as recently as a year ago have gone ice cold. This time last year, the “seller auction” was almost commonplace. A seller would list a property for sale in a hot market, and a flood of offers would come in over the asking price.

Buyers were bidding against each other, and it got so intense that some buyers were sending photos of their families and personalized letters to the seller. Many major U.S. cities saw the average home price hit the million-dollar mark, and even fixer-uppers were selling in the high $800,000 range. Sellers and real estate agents were literally having the time of their lives. Then the Federal Reserve stepped in.

Rate increases became an unofficial “curfew,” sending almost all the partygoers home early. But even in that framework, there will be markets that don’t experience as big a fall as others. Benzinga takes a look at some of the real estate markets that are seeing the biggest downturns and what that means for the real estate game.

Perhaps no real estate market in the country heated up faster during the COVID crisis than the Sun Belt. Lured by the low prices and warm weather, people streamed into the Sun Belt, which led to a massive jump in home prices. That trend has certainly reversed itself.

According to data from Realtor.com, Austin, Texas, saw a whopping 10.3% drop in home prices from June to September. The good news for sellers is the average home price is still $558,275, which is up 2.2% from the same time last year.

Phoenix is another Sun Belt city that was attractive to buyers during the pandemic. It, too, has suffered of late. The average price of a home in Phoenix is down 9.9% from three months ago. If you’re looking to buy there, the average price is now $493,500.

In Florida, Orlando, Tampa Bay and Palm Bay were popular Sun Belt destinations. When you consider that Florida offers year-round sunshine and no state taxes, it only makes sense that its real estate market would hit a boom cycle post-COVID. Palm Bay certainly did, but the worm has turned. There has been an 8.9% drop in sale prices to $379,995 from June to October.

The Tech Drop and the Mountain West

It’s not just the Sun Belt that has been experiencing what Fed Chairman Jerome Powell called a “correction” in home prices since interest rates went up. During the pandemic, Mountain West markets like Boise, Idaho, were suddenly red hot.

However, a recent study by SmartAsset found that homes in Boise were staying on the market for an average of 20 days, which is 186% longer than a year ago. That said, 20 days is not an especially long time for a home to be on the market. Redfin reports that 55% of home sellers in Denver and 51.6% of home sellers in Salt Lake City have had to lower their asking prices to close deals.

During the tech boom, markets like Sunnyvale and San Jose, California, literally became ground zero for America’s housing affordability crisis. As the COVID pandemic brought remote work into the public consciousness, suddenly not everyone in tech needed a home near their company’s respective mothership in Silicon Valley. That has resulted in a cooldown of these notoriously hot markets.

Moody’s found that San Jose’s home prices have dropped by 7.88% since the Fed called time on low interest rates. San Francisco had an even more precipitous drop of 10.5%. Unfortunately for buyers in these markets, the home prices were already so high that even drops this significant haven’t brought homes back within their reach, especially when the higher interest rates are accounted for.

Single-family home prices are often considered to be the ultimate indicator of a real estate market’s relative strength. But residential rents in multifamily apartment communities are another key metric for the performance of a given market. This is why so many real estate investment trusts (REITs) own so many institutional-quality multifamily assets in the same markets where home prices are high.

After all, a lack of affordability in single-family homes means a lot of people will end up being forced into the rental market whether they want to or not. For investors, the news is tough here, too. Orlando, Phoenix, Las Vegas and Dallas/Forth Worth have all seen average rents drop between 0.07% and 2% in the past several months.

That’s certainly not good news for REIT investors because many of them responded to the boom in those cities by breaking ground on new developments. By some estimates, another 200,000 units are set to come online in those markets, which will put even more downward pressure on rents.

Obviously, many data points show that the real estate market is in a difficult phase. With that said, the resilience of the real estate market is legendary. In much the same way a palm tree can be bent almost all the way over on its side when it’s hit by hurricane-force winds, the tree almost always straightens itself out and stands tall once the storm clears. The current storm is not over, but it will eventually pass.

Even now, investors are looking for property values to go down so they can acquire them at low prices and take advantage of the upside that almost always accompanies real estate investments. For homebuyers, the falling prices have been largely offset by the rising interest rates. Still, anyone looking at all this data and thinking that the real estate market is dead and gone will likely be proven wrong.

Real estate is still a finite asset. Homeownership is still a cornerstone of the American dream. Yes, interest rates are at a 20-year high. But people were still buying homes 20 years ago, too. Eventually, buyers will reappear and many of these markets that are in distress will be strong again. Timing is still everything in real estate.

Interested in adding passive real estate investments to your portfolio? You can invest in rental properties with as little as $100. Benzinga will show you how, check it out!

Not investment advice. For educational purposes only.

Don’t miss real-time alerts on your stocks – join Benzinga Pro for free! Try the tool that will help you invest smarter, faster, and better.

© 2022 Benzinga.com. Benzinga does not provide investment advice. All rights reserved.

How a 31-Year-Old Built a $7.5 Billion Multifamily Real Estate Empire

The housing market will continue to crater, Goldman Sachs says