The Property Brothers Identify the Top Kitchen Trend of the Decade 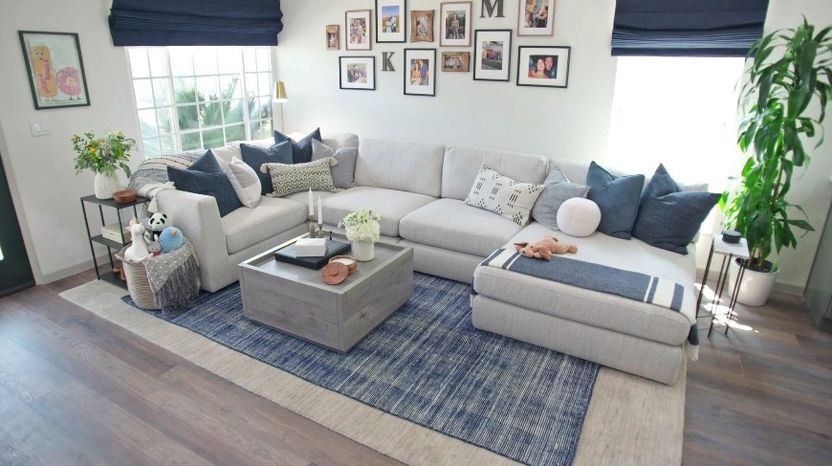 TV stars Jonathan and Drew Scott love a romantic storyline, and the latest “Property Brothers: Forever Home” has one that makes their hearts melt.

In the episode “Full Circle,” they aim to help Marlon and Katrina, who met during their high school years—in the very Cerritos, CA, house they’re living in now. Marlon grew up in this home, and when his parents died, he and Katrina moved in.

“We would like this to be our forever house,” says Marlon. “Our daughter, Maddie, will be able to live in the same house that I grew up in, and go to the same high school.”

“I love that this is already a home that’s been passed through the generations,” says Jonathan. “And their hope is that Maddie will take it over and keep that tradition alive.

“That’s exactly what Zooey [Deschanel] and I want with our house,” Jonathan continues, talking about his own significant other. “The kids—we want them to take the home and just keep passing it on.”

“I want my kids to earn their own way. They’re not touching my house,” Drew jokes.

Marlon and Katrina give the Scott brothers $170,000 to fix their home, which is horribly stuck in not just one, but two decades from the past.

“It’s a ’70s home with a ’90s vibe,” according to Jonathan. They want to update it while still keeping family memories intact.

As the brothers get to work, they come up with ideas for the rest of us to make our own homes serve us a little longer, possibly forever. Take a look at what they do, and see if any of these tips work for you.

Use warm tones for a cozy ambiance

The couple claim to love a stark, clean, modern aesthetic, but when Drew takes them to an inspiration home and shows them a simple white couch and a cushy fawn-colored couch, guess which one they like better?

“This is a slightly warmer, more casual look,” Drew says of the fawn couch. “Warmer tones make it feel more lived in, makes it feel inviting.”

“That’s ideal,” says Marlon, “because making our space comfortable is very important for everybody.”

They end up with a nice, soft greige sectional, then make it even more inviting with pillows and throws.

“A gallery wall is an instant rush back to good times, to loved ones,” says Jonathan. But it’s important to fit it in just right with the style of the house.

“Sometimes modern can make a space feel a little cold and uninviting,” says Jonathan. But he says a photo gallery wall will inspire warm memories, giving an inviting feeling the moment friends and family walk through the front door.

“If we use family photos, it will feel more like home,” agrees Drew.

They’ll use a mix of thin black frames for a modern look that also ties in with the hardware in the kitchen. Also, wood and brushed metal will warm up the walls.

Watch: 6 Kitchen Improvements That Are Guaranteed To Pay Off

An island is the top kitchen trend of the decade

Houses built in the ’70s and ’80s favored peninsulas in the kitchen, but today, it’s all about the island.

“I’m so happy now that we have the island instead of the peninsula,” says Drew. “It’s going to make this look so much better.”

He goes on to talk about his own kitchen. “At home, I live at the island. Whether it’s sitting there eating breakfast, whether it’s just hanging out, Linda’s mom is visiting and loves cooking … I lie on the island. I put a pillow there, I sleep there.”

Make your stairs safer with carpeting

The family’s old-fashioned, blond-wood staircase is a bit of an issue. Marlon knows it looks dated and needs some fixes, but there are all sorts of memories wrapped up in it because Marlon and his dad built it together.

Jonathan finds a great way to preserve the staircase, update it, and make it safer.

One of the many improvements involves putting a strip of carpeting down the center of the steps, so there will be more traction and fewer hard surfaces that could cause injury.

This is especially important when you have young children in the house. Maddie is only 3, and she has lots of young cousins who come over to play.

“It feels warm, it feels welcoming, and it also feels safe and secure,” says Drew.

Jonathan and Drew were meant to work only on the interior, but since they know what a huge difference a little effort will make on the exterior, they switch out the front door. They change the old one with a cut glass window to a gorgeous modern one.

It’s a subtle and relatively inexpensive change, but oh, what a difference it makes!

Just wait until they see the inside.

How does the property brothers’ latest forever home end up?

As promised, the brothers create a new kitchen, living room, dining room, and more, coming in right on budget.

Of course, Katrina and Marlon are thrilled, but the real test comes in inviting the whole family over to see how they feel about it. As expected, they love it.

“This place has always felt like home, but the warmth and openness now when you walk in makes it feel like a forever home,” Marlon explains. “We couldn’t ask for more.”