The Block NZ: Accidents aside, entry halls tell the whole story about who’s aceing it this year 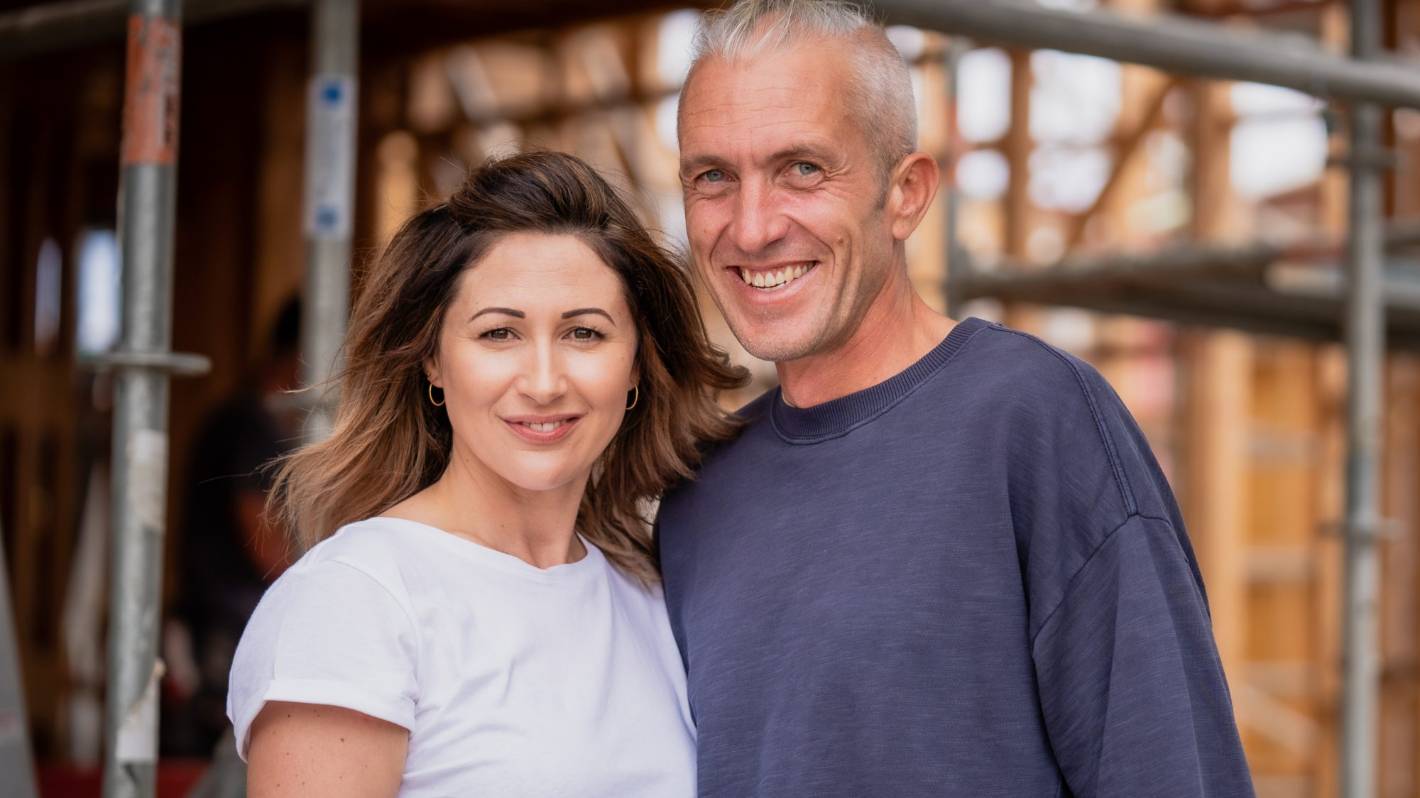 REVIEW: All’s well on The Block NZ, until it isn’t. We have seen the second accident in as many weeks. First it was Keegan breaking ribs, and now Meg has whacked her head so hard (on the underside of a drop saw) that she has knocked herself out briefly and has concussion.

The potential for disaster is always there on a busy, cramped building site, especially when Blockies are rushing to finish rooms, as they are this week. And it’s probably only thanks to the Wolf (foreman Pete Wolfkamp) that we haven’t seen worse.

Dan calls in his sister Anita, who flips houses for a living. Good idea, even if Rach doesn’t think so.

But, it is the slow starters who nail it this week. Dylan and Keegan have well and truly hit their stride, winning a second room reveal in a row, and another $7k from TSB.

READ MORE:
* First accident on The Block NZ: Keegan talks of the tackle that broke his ribs
* The Block NZ: Blockie’s accident doesn’t stop a great win in family room week
* The Block NZ townhouses will have open homes for the public

To his credit, Dylan always had his eye on the big picture, and now we see it all coming together, it’s great. The corporate look is morphing into a sophisticated, highly co-ordinated interior – you can see this when you glimpse other completed rooms through the doorways. It all ties in. Wow.

Keegan gets to choose the front door – it’s banana yellow (for Team Yellow). This is possibly the only thing Keegan has chosen, which must be a big deal for Dylan, who says he would have chosen orange.

But it works well, even if orange might have been better with the interior. It’s fun.

The judges are rightly wowed. There are smiles at the yellow door, and pretty much everything else. The powder room is “fabulous” (behind the James Bond door). And everyone loves the terrazzo tiles on the feature wall.

But their fullest praise is saved for the mezzanine office, which ties in so well with the decor elsewhere in the house (and Ann-Louise’s clothes). The light fitting, the large artwork in the stairwell, and the tongue-and-groove light-grey ceiling in the entry all get a big tick. We couldn’t agree more.

With the largest square area of Gib, Tim and Arty always knew they wouldn’t finish this week. They simply have too much Gib to install and paint. It’s a massive task, and they are exhausted and need power naps. And there’s very little to show – just white walls with no decoration as yet.

They estimate they still have another two to three days to complete the work. Wires are exposed everywhere.

But, these guys get one thing very right. And that’s a decent-size vanity in their powder room. A proper sink where you really can wash your hands, rather than one of those skinny ones that are so awkward.

And the judges say this: “It’s taking minimalism a bit far, really,” says Ann-Louise. (It was a joke.)

“I feel really sad,” says Chris. “I can’t even see what they were trying to do, because there’s so much of it undone.”

So they bomb, of course.

Meg chooses an Anaglypta wallpaper for her and Dan’s space, which is crazy. Because you have to hang it, then you have to paint it. That’s double handling in a week when they can least afford the time.

And then there is the accident, which puts Meg out of action for 48 hours with concussion. Anita helps Dan, but don’t have time to complete it all. There’s a lot of stopped walls with no paint or paper.

Their powder room is visually “quiet”, with a black and white framed print and contemporary vanity, albeit one of those narrow ones. The judges like it. And they love the raw timber hallstand and coatstand. It’s simple, and it works well with the timber floor.

And the judges love the pendant lights above the stairs – the three different shapes work beautifully in that space. We are not so sure about the long green curtain drop in the stairwell, however. But Ann-Louise says they are a “ka-pow moment”.

Chris does not like the wallpaper that’s already up and painted. He doesn’t like wallpaper, full stop.

“Overall, for me, these guys have absolutely got it nailed,” says Lauren. “It’s that perfect balance between design that wows and makes people feel good, and the widest possible audience.”

She is probably right.

Connie and Rach take a bold approach to their art, but turning a tiki artwork on its side still seems odd, even though the artist said it was OK. It would have been fine (better) to have a portrait-shaped artwork there, surely? The attic storage is a good selling point.

They do a great job of their powder room. But I wonder what the buyers of Meg and Dan’s house will think about the fact that their feature tile in the family room is downgraded to the loo in Connie and Rach? It’s very similar, but we are told not identical.

But the oddest thing about this house (number one) is the lack of a formal entry. The front door opens, and you walk into the living room, with the stairs just there.

As Chris says: “There’s no sort of journey into this house. You just walk in and everything’s there straight away. Everything’s super transparent.”

Ann-Louise doesn’t like the heavy black framing around the glass. But Lauren is wowed by the whole thing, looking up and down the stairs. But they like the fact, as do we, that the space is not “overly designed”.

There is a wee problem – Connie and Rach reuse an indoor plant they used in the family room the week before. This is against the rules. “You can’t re-use things,” says Mark, and he bumps a point off their total. Next time, he says, it will be a disqualification.

The Block NZ continues on Three Monday to Wednesday 7.30pm, with the next reveal Sunday, 7pm. It streams on ThreeNow from 12.30pm

* An earlier version of this story mentioned terracotta in the picture caption instead of terrazzo as per the story. This has been corrected.

How to Decorate the Living Room Walls?