Palm Beach Real Estate Is So Hot, at Least 22 Homes Sold for $40M-Plus Since Covid 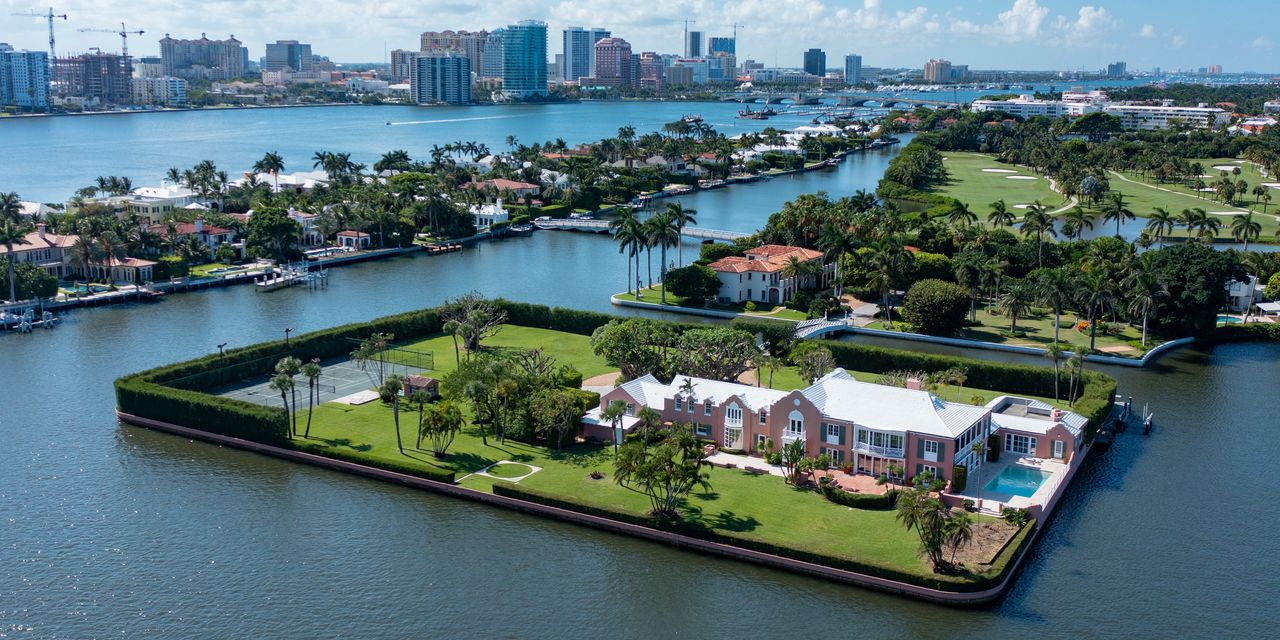 As the ink dried on a $122.7 million deal for the sale of a contemporary oceanfront Palm Beach mansion this past February, real-estate agent Ryan Serhant toasted his success with a glass of Champagne and a lobster at a table for one at the area’s iconic hotel, The Breakers.

He had flown in from New York to finalize the deal, which was the largest of the year so far in Palm Beach. It also marked the pinnacle of a dramatic market surge that has overwhelmed local real-estate agents since the beginning of the Covid-19 crisis.

In many ways, the deal spoke perfectly to that unique moment. The seller, Mark Pulte, is a local developer who had built the sprawling estate on a 2.25-acre property once owned by President Donald Trump and located near the Palm Beach Country Club. He paid $37 million for the land in 2017. The buyer: Yet another New York financier purchasing a home in Florida. He is Scott Shleifer, a private-equity executive and a partner at Tiger Global Management, according to a person familiar with the deal.

Over the past roughly 16 months, buyers have poured billions of dollars into property in Palm Beach, a 16-mile barrier island off Florida’s Atlantic coast with roughly 2,500 homes. Since March 2020, there have been at least 22 sales north of $40 million in Palm Beach County, with two over $100 million and about 35 over $30 million, according to property records and data compiled by the Corcoran Group and Miller Samuel. Notable buyers include casino mogul Steve Wynn, software billionaire Larry Ellison, designer Tommy Hilfiger and finance-sector bigwigs such as hedge-funderDavid Tepper and investment-services entrepreneur Charles R. Schwab.

The buying frenzy is driving the volume of big-ticket sales higher than ever before. During the second quarter of 2021, the number of luxury sales—defined as the top 10% of the market—spiked 177.8% compared with the same quarter last year, according to Miller Samuel. The median sale price was $17.75 million, up 97.2% from the first quarter of 2021 and the highest since Miller Samuel began tracking in 2011.