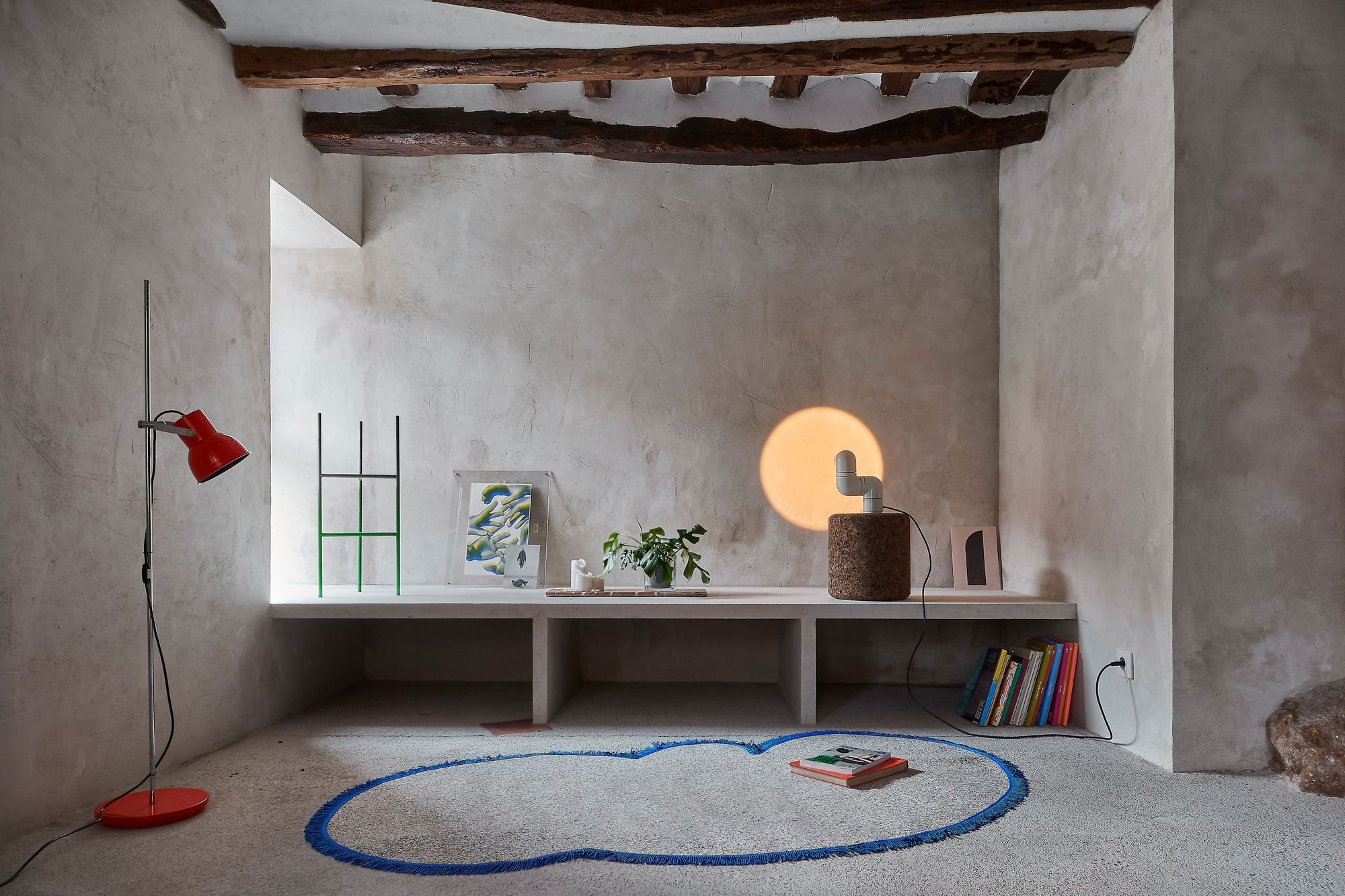 Text description provided by the architects. In a small village in the county of Cameros, La Rioja we find a very spe­cial house. Unlike the structures near­by, this house is defined by a monumen­tal, five-story high façade, composed of thick, stone walls and symmetrical openings. Each floor, which has the same distribution and dimensions, is connect­ed by a spiraling wooden staircase end­ing in a skylight that brings light in. On the ground floor of house, next to the village’s ravine, we find a narrow and long space, formerly used for stor­ing cattle and goods.

The project consists of the remod­eling of such space into an area for leisure and living alongside an adja­cent garden. It is for this reason that a humble, but effective, intervention is proposed, one in which the traces of the old stable coexist with the require­ments for contemporary dwelling. A sober concrete slab is introduced, in which a series of 10x10cm old tiles are inlaid. The window openings are expanded and aligned with the above balconies, allow­ing for natural light to fill the space, along with a large 2,5×2,5m opening that gives access to an adjacent alley.

Next to one of the windows, an austere bench made out of plaster is built for the family to enjoy long summer nights. The cattle’s former drinker, a heavy, stone piece, is put on top of an articu­late brick structure, functioning as the space’s washbasin.

The exterior garden is solved with a sinuous colored-concrete platform that snakes alongside the existing vegeta­tion. The slab’s plane is elevated 15cm above the garden’s ground, allowing for a spatial continuity with the stable’s interior and generating an exterior do­mestic landscape that.