Bishop’s Close and its Elk Rock Garden for sale at $4.5 million 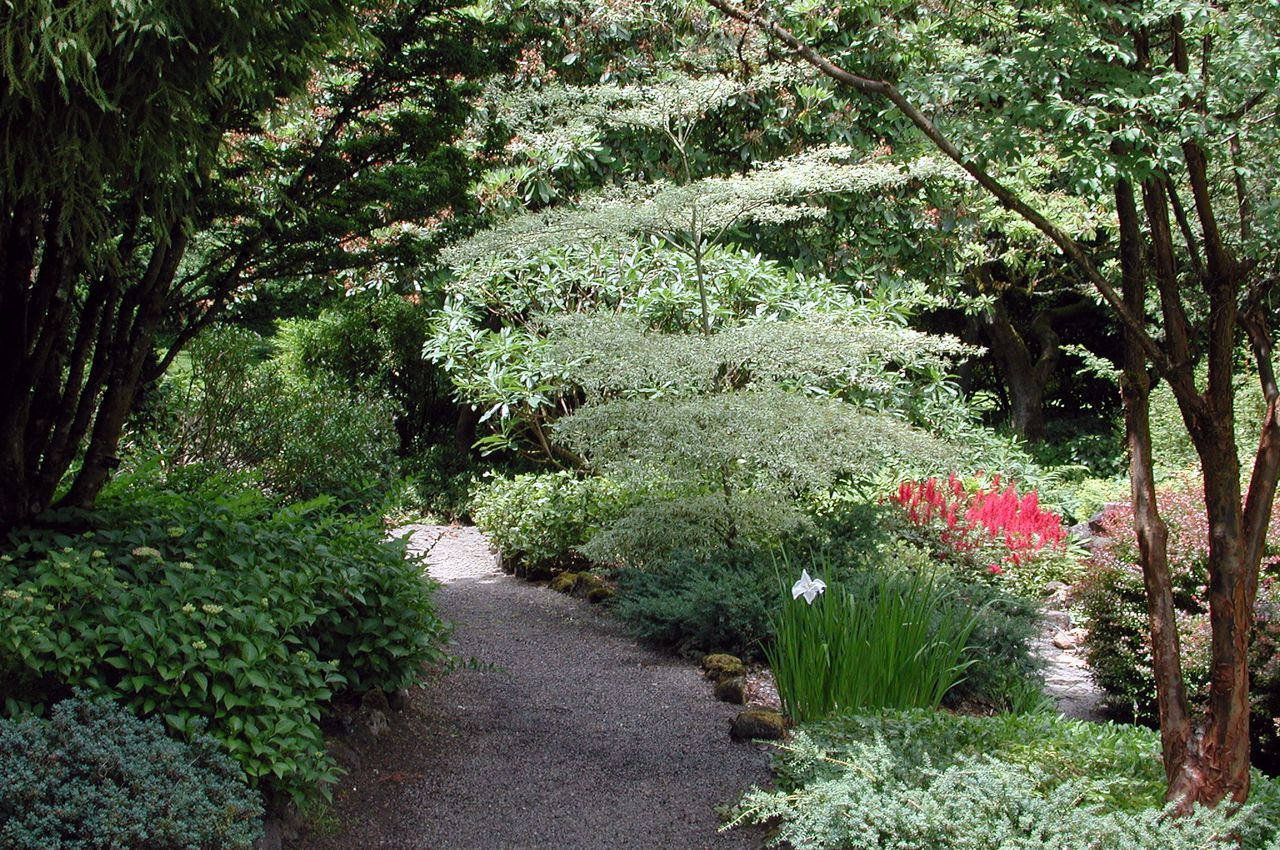 For more than six decades, people have been allowed to walk around the gracious Bishop’s Close Garden at Elk Rock, overlooking the Willamette River in Portland’s pricey Dunthorpe suburb.

The gated property, considered one of the oldest, private estate gardens in the Pacific Northwest, was donated by the Kerr family to the Episcopal Bishop of Oregon in 1959, and was under the care of volunteers and the guidance of the nonprofit Garden Conservancy.

On Nov. 17, the almost nine-acre estate was listed for sale, surprising longtime visitors who appreciated daily public access to the historic, English-style garden based on a plan by one of the famous Olmsted Brothers landscape architects.

According to the Friends of Elk Rock Garden, the Kerr family donation of the private residence of patriarch Peter Kerr after his death in 1957 came with the stipulation that the public could see the magnolia walk, scenic fish pond and rare native and nonnative trees, shrubs and plants chosen by the businessman starting around the time of the 1905 Lewis & Clark Centennial Exposition.

Listing agent Kathy Hall of Cascade Hasson Sotheby’s International Realty, who represents the Episcopal Diocese in the sale, says the Kerr family has first rights to purchase the property.

Hall said she has received inquiries from developers, people interested in a private estate and others attracted to the property composed of four residential tax lots.

“Simply nothing like it in the Portland Metro,” said Kathy Hall, who shares the listing with Kevin Hall, also of Cascade Hasson Sotheby’s International Realty.

Kathy Hall told The Oregonian/OregonLive that over the years the diocese has opened the garden to people and has held church gatherings and retreats here. The two-story mansion, completed in 1917, has been used as offices for the diocese since the Kerr donation.

“There is no condition being set forth to a potential buyer” about access, said Hall.

“It’s not been an easy decision to sell this property, but it is very expensive to maintain, and the sprawling physical layout is not conducive to the staff collaborating together,” said Hall. “And the ministry’s role is to be engaged in the communities they serve, and this isn’t very accessible to diocese members.”

The real estate description said the “unequalled parcel” for sale for the first time can be “developed” or the main residence can be restored “to its original splendor” or the new owner can “create your custom vision.”

The Friends of Elk Rock Garden, which along with the Elk Rock Garden Foundation, was formed in 1994 to protect, preserve and perpetuate the garden, did not respond to an email requesting comment.

The Elk Rock property was developed by Peter Kerr, who had left his native Scotland, worked for an uncle’s import business in London and arrived in Portland in 1888, where at age 26, he founded a grain exporting business with partner Patrick Gifford.

In the early 1890s, Kerr, with his brother, Thomas and Gifford, purchased a five-acre parcel of land called Elk Rock, after the name given to the cliffs above the river.

The three bachelors formed the Cliff Cottage Club and lived in a Queen Anne-style cottage on the eastern edge of the bluff, wrote historian Eileen Fitzsimons in the Oregon Historical Society’s digital encyclopedia.

After his brother and business partner moved away, Peter Kerr bought out their interest in the property and in 1905, he married Laurie King. They lived in Cliff Cottage with their two daughters and purchased adjoining land to expand the parcel to 13.38 acres.

Kerr, a devoted amateur landscaper, installed plants from his travels as well as Northwest trees and shrubs, and colorful annuals. Today, experts consider his work one of the great gardens of the Northwest.

Around 1914, the couple hired Portland architect Ellis F. Lawrence, who was the founding dean of the School of Architecture at the University of Oregon, to design a Scottish-style manor at the base of the hill.

Most of the floor plan, millwork and other materials such as the stucco exterior remain original. A 100-year-old pipe organ is in the chapel, a room added to the house in the 1980s.

The mansion, with 9,516 square feet of space, has windows framing Mount Hood and the river. Inside are high ceilings and hardwood floors. There is an apartment over the two-car garage.

Kerr died at the age of 95 and the house and garden were given by his daughters, Anne McDonald and Jane Platt to the Episcopal Bishop of Oregon together with an endowment for the care and maintenance of the garden.

An archived Episcopal Diocese website stated the gift came with the agreement that the garden be opened to visitors.

The diocese named the garden “Elk Rock Gardens of the Bishop’s Close.” A “close” is an enclosed area around a church or sacred space that provides a place for quietude and meditation.

A map of the estate prepared by the Friends of Elk Rock Garden includes the point on the river, fish pond, cascades, rock garden as well as the magnolia walk, spring walk, viewpoint of Mount Hood, turnaround, and cliff cottage area plus south and north lawns of the manor and the chapel garden.

South of the residential property is the 3.3-acre Portland city park the Kerr family donated in 1955. The land includes natural habitat and part of a 1,200-foot railroad tunnel through Elk Rock used by the Willamette Shore Trolley.

Peter Kerr donated the 13-acre Elk Rock Island, across the river from the estate, in 1940. The Milwaukie city park is accessed through Spring Park.

Our journalism needs your support. Please become a subscriber today at OregonLive.com/subscribe.

Gardening Words even English Speakers May Not Know

Make amaryllis and paperwhite bulbs bloom for the holidays | Home/Garden